Here are the details of a website and some apps to allow you to find public toilets right where and when you need them. Great for travelling, especially with the young ones who often cannot wait.

The search option provides handy access to public toilets within direct proximity (and across Australia)!

Detailed information such as opening hours, whether showers or baby-changing facilities are available, accessibility features and much more are provided as available to help you make your choice. 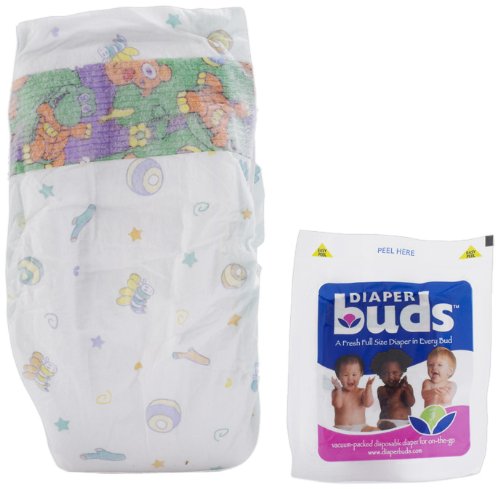 All sizes of Diaper Buds now available at Little Gulliver.

Always looking to make travelling with kids easier, we were thrilled to welcome ‘Diaper Buds‘ into our range.

They are an individually wrapped nappy that has been vacuum-packed to make them more compact! In fact, the overall size is decreased by 70%, making them perfect for long haul flights – more room in your carry on luggage and less chance of running out. Three Buds fit in the place of one nappy and are kept clean and fresh until you open the package. Then they ‘bloom’ into a full size super absorbent nappy! “Fits in your purse, bag or pocket”

If you’re flicking through the current Issue 27 Summer 2011 issue of ‘Out & About with Kids’ magazine you might notice the Potette Plus.

Whats hot for baby, page 25 ‘This portable potty and toilet trainer seat in one is perfect for assisting children with toilet training at home or on-the-go. The full size folding potty comes in a hygienic carry bag with super absorbent lines that can simply be tied up after use and thrown away allowing you to keep your routine, where-ever you are.’

The Potette Plus is a unique product, allowing for ease of use and clean up. Available now at Little Gulliver. RRP $19.95 (includes 2 liners and a carry bag). Don’t forget to grab a handy extra pack of liners while you’re there!

While this mag is always a good read for parents keen to get away, this edition has an Out & About with baby feature, including an informative article ‘Have Toddlers will Travel’.

In the interest of full disclosure, I need to tell you that I get no money from any maker of diapers, drugs, or potties. Well, to be honest, no one has made me an offer. But I am talking with a publisher about writing a book on toilet training. And even though there are already a million toilet training books out there, mine will be different, because I really believe that there is no one right way to do it. There is, however, a right way to toilet train your child, and you know best what it is.

Ideas about toilet training keep changing. A hundred years ago, for example, the general idea was that mothers knew best; babies were ready to train when their moms thought they were.

Later, in the 1930s, most experts took a tougher stand. A U.S. Government publication told moms to start training at birth and be done by 6 to 8 months. It recommended using a “soap stick rectal conditioner.” I don’t even want to know what that is! Mothers were supposed to hold children to a strict schedule, “not varying the time by as much as five minutes.”

In the 1950s, “child centered” toilet training became popular. The main idea was that training should be about the child’s needs, not the parents’ convenience. This was the era of psychoanalysis, which taught that early parenting mistakes could mess children up for life. No wonder parents were nervous!

Lots of mothers, and fathers too, have been watching and watching and… watching some more. In the last half century, the average age of toilet training has inched up, both in the U.S. and many other places. Super-absorbent disposable diapers might have something to do with it. Sometimes even I find it hard to tell whether or not a baby has peed, and I have my hands in diapers all day long. For whatever reason, it’s not unusual to find three- and even four-year-olds who still don’t feel comfortable on the potty.

In response, perhaps, some modern parents have started toilet training when their babies are still, well, babies. The idea that babies can control their sphincters even before they can walk is far from new. Way back in 1977, the top pediatric journal ran an article about the toilet training practices of the Digo people of Kenya. There, bowel and bladder training began in the first few weeks of life in 88 percent of households, and “reasonable night and day dryness” was expected by four months.

How did they do it? The authors observed, “The Digo baby’s first two months are spent in almost constant physical contact with the mother, in her arms or strapped to her back for comfort, sleep, and maternal convenience.” This constant contact allowed the moms to learn to read their babies’ cues, and to teach the babies to link certain positions and sounds with the act of “going.”

The techniques aren’t difficult to learn or to adapt to modern settings, and many parents are choosing to do just that. Parents who go this route also often say that they feel a special closeness with their babies. I suspect that they sometimes feel a special dampness, too.

Anyhow, like I said, there clearly are many paths that lead to the same dry, clean end. You can choose whichever way fits you and your baby best.

Potty training is much easier than it used to be. With Potette Plus you can always have a clean potty or training seat available whenever you need it (its a 2 in 1)! The Potette Plus is available at www.LittleGulliver.com.au for $19.95 Buy Potette Plus. And while you’re there, don’t forget to pick up some spare liners!

Here’s 2 video’s that show how the Potette works…

Don’t worry, if we ever make a Potette Plus video – we’ll use a different soundtrack!